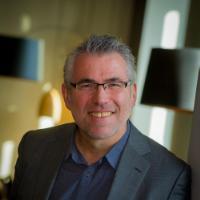 Career Summary:Osborne is a NHMRC Senior Research Fellow (SRF-B) and holds the Chair of Public Health at Deakin University. In 2012, his research program, based on a NHMRC Career Development Award, was recognised by the NHMRC as 1 of the Best 10 Research Projects of 2012. In 2012-13 he was the Director/Co-Director of the Deakin Population Health Strategic Research Centre, a centre with 55 research-only staff. In 2014 he was awarded the SRF.

An epidemiologist and health services researcher, Osborne has a strong track record in initiating and leading large collaborative research projects. He has initiated and maintained successful collaborative projects across multiple disciplines and has a strong track record of project completion, dissemination and implementation of the results, not only in Australia, but internationally.