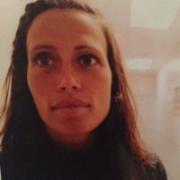 Project: More than half of Danes over the age of 65 suffer from one or more chronic illnesses. Patients suffering from dementia, in addition to other afflictions, could maybe be considered to be more vulnerable due to the decline in their cognitive function, which thereby could make it problematic to give them a rapid treatment and diagnosis. Co-mobidity could additionally be presumed to worsen the already lowered cognitive function if proactive treatment is not administered. However these correlations are so far just mildly highlighted.

The study is a cohort which gathers data from several national registers. The study is expected to bring forth new knowledge, which will make it possible to characterize patients that may require further intervention. Thereby the results can hopefully contribute to improving the treatment of patients suffering from dementia.