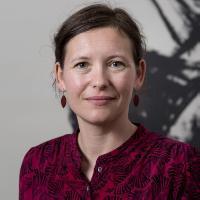 I am Head of the Section of Epidemiology, which is a strong interdisciplinary and international environment that contributes to the development of the field of theoretical epidemiology, with a specific focus on causal inference, complexity and life course epidemiology. I am also heading an interdisciplinary research group in Complexity and Big Data in Epidemiology. Health is a complex phenomenon and the aim of the research group is to study the social and biological factors determining health and disease and to elucidate the underlying behavioral, psychological, and physiological mechanisms that might explain these effects. I specifically aim to investigate the health consequences of the accumulation of childhood social adversities and the complex interactions between work, life and health as they evolve across the life span. I have solid experience in working with longitudinal datasets, register-based research and complex modelling including social influences and group dynamics. I also have a particular interest in causal inference and in development and application of new methods in epidemiology, such as interaction and mediation analyses. To embrace complexity in epidemiology I actively explore new sources (e.g. smartphones) of ‘big data’, incorporate system theory thinking and leverage insights across disciplines. I have also been involved in several citizen science project with a direct societal engagement and impact.

Funded projects where I am PI or co-PI:

I am responsible for PhD-level courses in Causal Inference and Introduction to Directed Acyclic Graphs at the University of Copenhagen. I also give lectures in stress and sleep epidemiology. I have been the main advisor for numerous bachelor and master students in Public Health Science and Medicine at the University of Copenhagen, and I have been on the assessment committee for seven PhD theses and one Doctoral Dissertation.I am currently supervising four PhD students and I have supervised 14 PhD students, who have been awarded their PhD degree.